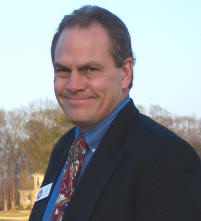 The Board of Directors at Kings Creek Country Club recently obtained membership approval to upgrade their golf course facilities. Based on recent interviews, it looks like the alterations will be a significant improvement on an already remarkable layout.

For the design work the club retained Brian Ault, a past president of the American Society of Golf Course Architects (ASGCA). Together with his staff at Ault’s Maryland firm (Ault, Clark & Associates, Ltd.), he developed plans for major changes to the practice area, the creation of a new par 3, and other enhancements.

Kings Creek’s general manager Mike O’Shea is excited about the upcoming project. “Brian is great to work with. He’s very easy-going and knowledgeable. The club also hired John McDonald & Sons to do the actual construction. I met John a couple weeks ago. His firm’s done restoration work at top-of-the-line clubs such as Shinnecock and Riviera. John’s very candid and upfront, and I like that in people.”

Much of the new practice range will use the 9th hole fairway, along with the existing adjacent acreage for the limited driving station now in use.

The back part of the practice area will be converted to a chipping green and two practice bunkers, surrounded by a short width of fairway turf. Just west of that area will be placed a line of new concrete pads, for all-weather driving from artificial turf mats. A 9,000 square foot driving area is slated for creation in front of the mats. It will provide more than triple the current space for hitting irons and woods.

The existing 9th tee box will be partially removed and reshaped, and part of the existing paved cart path will be relocated. According to O’Shea, the club plans on retaining the hole for limited use, even after the new par 3 is ready for use. “We’d like to have the option to use the hole for special tournaments and for those occasions when we have to take out some other hole on the golf course for repairs.”

The new par 3 will be built on open land to the south and west of the existing back tee for the club’s locally famous par-5 second hole. The new hole will range from approximately 120 yards in front to 170 yards from the back tees, and features a waste bunker on the front and left edges of the green.

“We had the area delineated to make sure we knew where the wetlands are. The waste bunker is a good way to handle the wetland boundary issues on the left side,” O’Shea explained.

From a design standpoint, the new hole should be a good challenge to most golfers, with a stiff penalty for going left. The ground slopes away sharply all along the left side of fairway leading up to the green, with a solid line of forest providing an additional hazard for left-leaning tee shots. The only escape for a mis-hit will be on the right side.

The new range and new hole will be open for use in September, weather permitting. The greens will be grown in, while some of the other turf will be sodded in place.

The next scheduled changes are planned for the par-4 15th hole. Ault said, “The new tees will better align the golfers toward the center of the fairway. Right now there’s a tendency to aim toward the trees on the right side.” In addition, a new forward tee on the other side of the 60-yard swath of marsh that faces the golfers on the regular tees will make the hole a par 3 from that spot.

Kings Creek’s leadership hopes the new changes will be an attractive improvement to the golf course. The timing of the course upgrading also dovetails nicely with the club’s new membership drive, for which Pamela Rutherford has been hired as the membership marketing director.