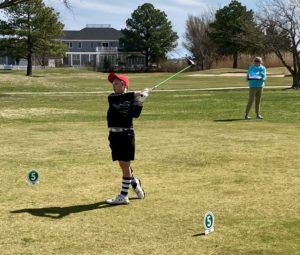 Lucas Skonieczki of Rehoboth Beach began playing golf at age 5. Currently 9 years old, he is a veteran of the Eastern Shore Junior Golf Tour presented by UnderArmour, which holds tournaments throughout the Delmarva Peninsula. His parents, Kimberly and Branden Skonieczki, began searching for more golf opportunities for Lucas and his sisters Grace and Rose.

In a recent interview, Kimberly said when they contacted U.S. Kids, the organization said they would come to the area if local volunteers staffed the tournaments. The Skonieczki family teamed up with Julie and Jordan Rollins of Milton, whose son Brody is also an active junior golfer. The families reached out to local clubs, and a six-tournament schedule soon developed.

The next tournament is set for March 26 at Garrison’s Lake Golf Club, followed by events at Baywood Greens, Mulligan’s Pointe, and a Tour Championship at Hooper’s Landing Golf Course in Seaford. Local Tour participants can qualify for the U.S. Kids multi-day tournaments that lead to a national championship.

The membership fee for participation in the series is $40. Tournament fees are set at $37 for the 9-hole categories and $47 for the older kids playing 18 holes.

For more information about the U.S. Kids events, contact its Tournaments division at 770-441-3077 or email tournaments@uskidsgolf.com.

When 15 members of the Cape Henlopen High School golf team came to practice at Rehoboth Beach Country Club on Monday, March 21, the general assumption was that the next two days would be spent competing for the six playing and two alternate spots for the opening match against Smyrna on March 23 at Garrison’s Lake.

Head coach Rob Harrod surprised the group by telling them that the threat of bad weather forced the match up 24 hours to Tuesday. The Vikings would have a single practice to show their stuff, in however many holes they could finish in the usual two-hour session.

After practice, the coaches gathered the score cards and made their decision, which paid off nicely in a 187-215 victory over the Eagles March 22. 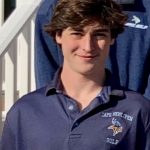 Smyrna’s Jake Mercer won medalist honors with his 44. This also counted as best in family for the day, beating his Viking cousin Ethan by three strokes.

Senior Tommy Burn led the Cape contingent with his 45, followed by freshman Jacob Gabbard’s 46. Mercer’s 47 combined with senior Jeremy Trost’s 49 toward the team total. It was also the first varsity start for both Trost and Gabbard.

Compared to Rehoboth Beach Country Club’s front nine, the Viking’s home course, the tree-lined fairways at Garrison’s Lake presented a tight challenge for several Vikings. Head coach Harrod said, “They attacked the course and sometimes paid the price. Some of them had trouble playing less aggressively than they normally do. But they were scrappy and I’m proud of them.”

He added, “The team score was also way better than last year’s opener.”

Harrod was right. Returning to golf after the cancelled 2020 season, the 2021 team’s opening day score of 207 was frankly a bit startling. In contrast, this year’s 187 score was only 3 strokes higher than the Vikings’ 2019 opening match total. That team later finished in a tie for 9th in the state championship.

Assuming the weather holds, the Vikings next host the Lake Forest Spartans at RBCC Friday, March 25.