Some golf apparel brands are familiar because they have always been identified with the sport, such as Antigua or Cutter & Buck.

Others came to the sector after establishing themselves in other sports, such as UnderArmour.

Columbia is one of those former “outsiders” making successful inroads in the golf segment, thanks in part to the reputation it already enjoys among its customers.

Forbes Magazine recently ranked the Portland, OR-based wholesale and retail company No. 1 on brand values and trust in its Halo 100 list. The article noted that the company “focuses on marketing the durability and innovation of its products,” concluding that “It’s a message that seems to resonate with consumers of all backgrounds.”

Columbia CEO Tim Boyle also highlighted an approach to business that its customers can readily accept: “We’re making stuff to have fun.”

At the 2022 PGA Show in Orlando, FL, I met Howie Ellis, Vice President for Sales – Golf & Destination for Outdoor Custom Sportswear, in Overland Park, KS. OCS makes Columbia’s golf apparel under license, much like the way another company makes golf shoes for Callaway. 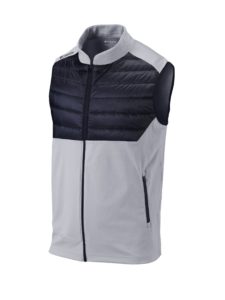 It’s a good way for larger entities to take advantage of smaller outfits’ expertise, while still making sure that company meets their standards. For example, Columbia must approve all logo locations.

Ellis said Columbia is “not a traditional golf company. Our job is to make products that work for golf.” First started about 8 years ago, its offerings include several key elements, according to Ellis: “stretchable technical fabrics, fashion, color, and design. People trust the name.”

He also said Columbia’s golf clothes are significantly popular among 30- to 50-year-olds, and especially with women. Ellis suggested Columbia benefits from its longstanding reputation among women.

Proof of that statement is easily observed in and around the Cape Region on the boardwalks, trails, and parks, in addition to the local golf courses.

Columbia’s golf apparel can be found at green grass shops, PGA Tour Superstores, and online retailers such as Global Golf.

Pricing is what you expect at any Columbia store for its other sportswear.

The laser rangefinders sold by Blue Tees Golf blend style with technical substance. Based on my conversation with two of its young founders at the 2022 PGA Show, that was the focus of their business plan.

I make no apologies for awful puns.

Drew Koehler said the three friends, including Chris Collick, Chris Markham, and himself all played golf when not busy with their corporate jobs in northern California. None of them were impressed with rangefinders they saw in the market and decided to do something about it. The Blue Tees Series 2 and Series 3 Max resulted.

Markham said the Series 1 design essentially provided the proof of concept for the young firm. The Series 2 came in two versions. The base line sold for $189 and the Pro version, which included slope data, sold for $199. 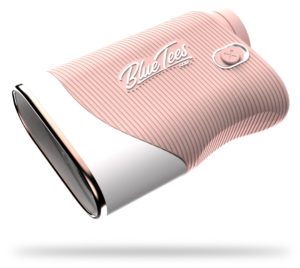 Haptic feedback confirms the target is locked on, and an auto-ambient display adjusts for outside lighting conditions. It also comes with vibration-dampening for ease of use.

Markham said the device uses CR2 batteries, which should be good for “3,000 clicks per battery.” The rangefinders also include magnetic bars for quick on-off access from a golf cart’s roof post or steering column.

Their PR person arranged to send me one of the rangefinders for testing. It took a little while for me to become used to it, because I never had one before.

The device was especially handy when I played courses other than my home layout at The Rookery, where from long experience I didn’t really need the help.

The magnetic holder also worked fine on the few occasions I used a golf cart this season.

Opening for business in July 2020, the devices are sold in over 1,000 green grass golf shops as well as larger retail chains such as PGA Superstores, Golf Galaxy, and Dicks Sporting Goods.

Looks like the co-founders’ vision for their new startup is already paying off – pun intended.

Congratulations to Paul Caras of Milton for his third-ever hole in one, made Oct. 13 at The Rookery’s par 3 17th hole. At age 71, it had been 45 years since he made his second ace.

The fire police officer for the Milton Fire Department and Rookery staffer used his 8-iron from the red tees. Playing partners Chris Lank, Dave Lust, and Ken Falgowski witnessed the shot – sort of.

“The hole was in the valley [on the green] so we didn’t see it go in,” Caras said.