This week marks the end of this column’s nineteenth year. 2017 was a busy and eventful twelve months for Cape Region golf.

January—Dustin Johnson’s rules dustup in the 2016 U.S. Open leads to changes that should help other golfers. I begin several columns on the 2016 U.S. Mid-Amateur Championship held at Stonewall in Elverson, PA. Jim Klinedinst makes his second ace on the same course and same hole as his first hole-in-one almost two years before.

March—My interview of Butch Harmon at the PGA Merchandise Show in Orlando, FL centers on Cobra’s new golf clubs. The Cape Henlopen Vikings begin practice for the spring season. Several other companies are profiled from the 2017 PGA Merchandise Show, including the Greg Norman Collection and Sentio putters. The USGA and R&A issue draft Rules changes to soften some of the game’s harsher provisions. The Cape golf team wins its first match of the season. 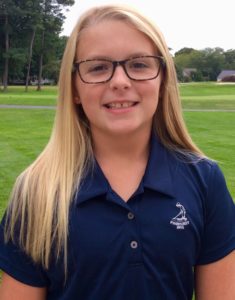 June—The Cape golf team finishes fourth in the Henlopen Conference tournament, and ninth in the State Championship. Local golf clubs are well underway with their competition schedules for 2017. Kings Creek CC teaching pro Chris Krueger plays in the 2017 PGA Professional Championship in Oregon. Carnoustie golf holds onto cotton for one of its lines, which I appreciate. Three golfers make aces at RBCC in the space of five days. LPGA player Jackie Stoelting is the main source for a two-column series on the cost of touring. Cape Region junior golfers, led by Sawyer Brockstedt, do very nicely in the Philly Junior Tour series.

August—Wilson’s new Triton driver is the result of a popular design competition. The new Gold tees at Rookery North are hugely popular. Sawyer Brockstedt continues her quest for the finals in the Drive Chip & Putt Championship. Chris Krueger finishes in second place overall and first place among the pros at the Delaware Open.

October—Three young Delaware women take second place in the 2017 USGA State Team Championship in the competition’s final year. I discuss the lessons learned from playing the 2017 Delaware Senior Amateur. Watching LPGA players warm up before their rounds at the ShopRite LPGA Classic presented by Acer is a valuable lesson. Cape Region fall fundraiser events are part of a multi-billion dollar phenomenon. The season for posting for handicaps is stretched two more weeks.

November— I run a three-column series on the 2017 ShopRite LPGA Classic presented by Acer. A fundraiser tournament at Rookery North brings in over $4,000 for the First Tee of Delaware. The turf at Rookery South makes a great recovery from the ravages of 2016.

December—The annual Don’t Give Me Stuff for Christmas column leads with a headcover with the alleged likeness of our President. Rehoboth Beach CC is busy with a major irrigation and maintenance renovation project it hopes to complete by winter’s end. Plenty of local Christmas golf gift options are available.

Congratulations to Heritage Shores assistant pro Zac Oakley for winning Event No. 6 of the PGA Tournament Series in Florida Dec. 19.