Cobra Golf building on past success

The Orange County National Golf Center is the site of the PGA Merchandise Show’s Tuesday Demo Day. It uses “The Largest Driving Range in the Nation,” according to the Center.

The range is a huge circular space that is well over 450 yards in diameter by my estimate. 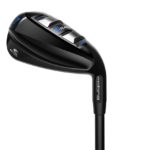 During the 2020 Show, the heavy winds were just not a big deal for the Cobra Golf folks. While I was there, the wind was heading out over the range at a slight angle. A ridge behind the range area also helped block the wind, which made a long conversation with Cobra representative Caitlin Farley much easier.

We began with the T-Rail hybrid iron set, aimed at golfers who struggle with traditional iron designs. “They’re great for beginning golfers,” Farley said. Typically sold in sets, the T-Rails start with a 4-hybrid and then 5-iron down to pitching wedge.

The clubs’ hollow body designs push the center of gravity back and increases forgiveness for mishits. Farley showed me the two rails that protrude from the sole, which should help keep golfers from digging into the ground prior to impact with the ball.

Farley said the T-Rail’s 4-hybrid has a lower center of gravity and a “little bit of offset,” two design elements that enhance forgiveness. The set comes in a black finish. The 7-piece combo retails for $899 with the ultra light graphite shafts, with a $100 discount if ordered with steel shafts. Farley said the steel option is custom only.

Farley noted that Cobra’s one-length hybrids remain among its best selling clubs, something I mentioned in last year’s column about Cobra.

She then discussed the Speed Zone clubs, from drivers through hybrids.

The stock driver features two weight ports, front and back, that allow golfers to adjust for desired spin and loft characteristics. They sell for $449 in each version.

The XTreme version uses a single 17-gram weight at the back to help lift the ball at impact with more forgiveness. Farley said, “It’s for golfers who just want to hit it, and it’s hard to mess up.”

The Speedzone Tour Length driver uses a 44.5” driver shaft, with adjustable 18- and 6-gram weights forward and back on the sole. Farley said the Tour Zone head weight is also heavier than the other two. 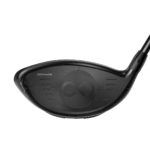 The Speedzone face with Infinity symbol

All of the Speedzone drivers use Cobra’s new Infinity milled face, so named because the milling rolls over the edges like the swimming pools. The CNC milling reshapes the interior of the clubface to give better results for swings that don’t hit the middle of the face at impact.

“The milling gets us up to five times closer to our goal” than hand work, Farley said, “which gives us a better chance of making every driver as we designed it.”

The Speed Zone hybrids now have a short length of hollow rail on the soles, just below and past the clubface. Farley said Cobra engineers discovered that the formerly solid rails at that location stiffened the clubface more than desired.

Creating the hollow rails for the first quarter inch or so freed up 10 grams of weight that were shifted elsewhere for better results, Farley said. The solid rails continue on to the back of the club.

Offered in three lofts and in one-length and standard designs, the hybrids will go for $229.

The Speedzone fairway woods also use the Infinity face milling, which features a faint recreation of the infinity symbol in the center of the face. The Standard model has a fixed back weight, while the weight is located forward toward the face in the Tour and Big Tour versions. The weight location for those two drivers promotes a lower spin but also makes the clubs more “workable” according to Farley.

All of the clubs keep to the 460cc maximum but spread that volume differently. The Big Tour fairway wood also includes stronger loft options, down to 12 degrees. These woods retail for $279. 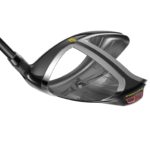 On Wednesday at the Cobra area at the Orange County Convention Center, I chatted with Tom Olsavsky, Cobra’s vice president for Club R & D. He showed me a cutaway version of the new driver.

Two carbon wings on top are separated by a metal “roll bar” that runs perpendicular to the clubface from front to back in the center of the club, similar to what is designed for race cars. As he explained, this is done for the Cobra drivers for the same reason, to provide stability at a crucial location.

They must be doing something right. 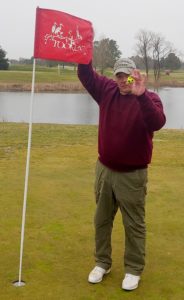 Phil Roath and his 4th ace

Congratulations to Phil Roath for his Feb. 2 hole in one at Rookery South.

He used a pitching wedge on the par 3 ninth hole for his fourth career ace.