Time for another book signing!

Tonight I will be at Bethany Beach Books on Garfield Parkway from 7:00 p.m. to 9:00 p.m. to sign copies of my award-winning book, “Hole By Hole: Golf Stories from Delaware’s Cape Region and Beyond.”

I would love to celebrate golf in the Cape Region with as many readers of this column as this fine bookstore can hold.

Thanks for your support!

The Mizuno Corporation has a well-deserved reputation for the beauty, high quality, and performance of its forged irons. 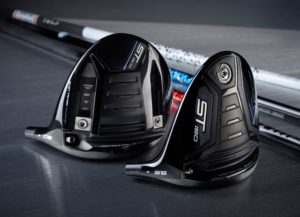 The ST190 line of drivers by Mizuno

The Japanese company with a U.S. operation based in Georgia has not enjoyed the same level of success with its drivers, but that may change based on the reported reaction to its new ST 190 Series.

I spoke with Jeff Crawford, an associate marketing manager for the golf division, at the 2019 PGA Merchandise Show in Orlando, FL. We started the conversation by looking at the ST-190 G model ($499 SRP).

The black head is a classic shape on top, but the G’s special attributes are easily seen on the bottom. Mizuno calls the channel set just behind the clubface its Wave Technology, aimed at improving club head speed while also providing forgiveness from off-center miss-hits. That element is a carryover from past models, but it obviously works.

Crawford also pointed out two parallel weight tracks running perpendicular from the toe and heel. He said 2- and 7-gram weights for the Fast Track Technology can be slid and locked into place anywhere on the tracks, helping golfers tune the club to their particular driving technique.

The ST 190 model uses a single weight back in the sole instead. Its placement should help golfers who need a bit more help hitting higher shots for more distance ($399 SRP).

Both clubs feature a carbon composite top that gave Mizuno’s engineers the opportunity to shift the club’s weight to more advantageous locations and lower the center of gravity. An adjustable hosel permits loft changes of up to 2 degrees plus or minus. Four different shaft options are available with no upcharge, all set at 45” length.

The event supports several local programs providing food, shelter, and other resources for those in need in the Cape Region. As before, the beneficiaries include the Community Resource Center, Immanuel Shelter, Inc., and the Epworth Food Programs.

The tournament takes place in two flights, beginning with the morning outing. Registration begins at 8:30 a.m. with a scramble start at 9:30 a.m. The afternoon round begins with registration at 12:30 p.m. and scramble start at 1:00 p.m. Lunch will be served between the flights, from 11:30 a.m. to 12:30 p.m., when the silent auction also takes place.

The $50 entry fee ($60 with cart) covers the golf, lunch, and prizes, including a hole in one contest for a car provided by the Auto Gallery in Lewes.