Julia Robinson has a growing reputation as a Cape Region junior golfer standout. 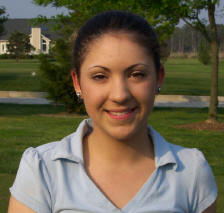 The 15-year-old is now improving her standing among young golfers nationwide.

Her first round five-over-par 76 put her in the lead by 2 strokes over the two girls who joined her in the final group for the second round that Sunday.

“The first day was nice and warm, but the second day was really cold and windy,” Robinson said in a recent interview. “I had trouble figuring out what clubs to hit, because it kept changing.” The tougher conditions led to a 42 on the front nine. At that point Robinson was down by a single stroke.

She then parred the tenth hole, while her competition bogeyed it. The resulting tie continued until Robinson hit an 8-iron shot on par-3 15th hole to 3 feet for an easy birdie. The other two girls both bogeyed, giving Robinson a two-stroke lead. Robinson finished the last three holes in one over par to shoot an even par 36 for her back nine, winning the tournament with her final round total of 78.

The victory earned Robinson an invitation to a three-day tournament of champions, held at the Grand Cypress Resort in Orlando on Memorial Day weekend.

Robinson is currently a freshman at Worcester Preparatory School in Berlin, Maryland where she plays as the only girl on the varsity golf team. She finished runner-up in the Eastern Shore independent school conference championship last fall.

History books that focus on particular regions are increasingly popular.

In Browseabout Books in Rehoboth, for example, you can see a wide assortment of local histories, biographies, and picture books about the Cape Region.

One reason for the increasing appeal of these books relates to the rootlessness so many Americans experience. Picking up a local history or picture book helps these folks connect with their new surroundings. 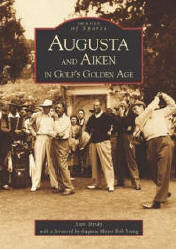 Stan Byrdy’s Augusta and Aiken in Golf’s Golden Age (Arcadia; $19.99 SRP) has its own merits that take the book beyond the local interest category. It should also appeal to golfers interested in the history of their sport.

Many pictures focus on the hotels that sprang up in the area, whose owners also had the foresight to build a golf course for their guests. For those who take modern-day building safety precautions for granted, these parts of the book will be an eye-opener.

Many of these gorgeous wooden hotels eventually burned to the ground. One brochure reprinted in the book shows a replacement hotel with the prominent announcement that the new structure is “fireproof.”

That’s a feature you just don’t see in today’s television commercials for the hotel industry.

The golf pictures, of course, are the book’s main attraction, with Bobby Jones and others connected with Augusta National featured in many of the photos. More recent pictures in the book also show a very young Davis Love III and Phil Mickelson, along with other modern-day PGA Tour players.

Aiken and Augusta no longer enjoy the same tourist appeal that they once did, except for Masters Week each spring. Nonetheless, this book is a valuable contribution to the history of golf and American tourism. It shows its readers how the area first came to prominence.