Getting ready for the new golf season

Many avid golfers consider this weekend the official start to the golf season, even if it’s too cold and wet to play much in the Cape Region just yet.

The tournament once made famous by Bing Crosby often earns the highest ratings of the PGA Tour’s West Coast Swing. The gorgeous scenery and the mix of celebrity amateurs and pros often spur golfers to begin preparations for the upcoming season.

Butch Holtzclaw of The Rookery near Milton has given hundreds of golfers thousands of lessons in his 13 years as a golf professional. He’s already had a few sessions this year, and he expects his usual rush of students to return in March. 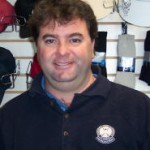 “Most of my pupils call first, but some are walk-ins,” Holtzclaw explained in a recent interview. “I also get a lot of word-of-mouth referrals, which is nice.”

I asked him if golfers ever come up to the pro shop after a bad round and insist on a lesson right then and there. Holtzclaw said it happens a few times, but he’d much rather have them come back later. “The problem with taking a lesson after playing badly is that you’re more likely to groove the bad shots. It’s a lot easier to learn and to teach if you’re in a receptive state of mind.”

Before running right off to the range, Holtzclaw likes to interview his new students. “I want to find out their goals, and also discuss how experienced they already are. If they’re new to golf, then we’ll start with the fundamentals, trying to build a foundation. If they’ve been playing for while, we might work on tuning up instead of trying to re-do their whole swing. I’m also trying to make sure I understand how much effort the student wants to put into it.”

A couple years ago Holtzclaw added a new teaching device to his repertoire—the V-One Digital Coaching System. It’s a proprietary digital video recorder that he uses to record several swings each from his students.

“I use it for full swing analysis, and sometimes for bunker play. I usually set it up for a head-on shot first, facing the golfer as they stand on the range. I’ll sometimes take a few more shots from the rear, if I see a problem with their swing plane,” Holtzclaw said.

During a typical session, he’ll tape five swings, taken during the beginning, middle, and end of the period. Then Holtzclaw edits the material down to a series of clips that run 1 ½ to 2 seconds each.

“You can do a lot with these videos—run them in real time, slow motion, and draw lines on the screen as they play. It’ll also play the videos side-by-side, so they can compare their swing to other golfers,” Holtzclaw said. “I can also print out an 8-step sequence that really helps them see what’s going on.”

Of course, most golfers would also play better if they worked on being in better shape.

Holtzclaw recommended that golfers planning to prepare for the new season should work on stretching and flexibility. “The biggest thing for golfers is being able to stay loose, stretching especially the legs, shoulder, and lower back. They should always check first with their doctor before trying anything physical. I use the treadmill, the elliptical machine, and a stationary bike for aerobics. Weightlifting is not something I do, but for the golfers who want to do that, I recommend more repetitions and less bulk. That builds up flexible strength, and should also help prevent injuries.”

Holtzclaw also had a bit of advice for Cape Region golfers who assume they’ll pick right up where they left off last October—”Manage your expectations.” As he noted, “Over the winter your swing shouldn’t change that much, but your tempo and your short game will be off. It’ll take time to recover, so most people shouldn’t be too upset with their first few rounds this spring.”