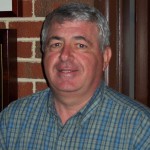 Smarelli was the junior varsity coach last year, and after discussing it with his family decided to apply for the varsity position when the opening was announced.

“I’m really excited by this opportunity,” Smarelli said. “And my family encouraged me to try out for it. I just enjoy the game, and I wanted to give something back to it.”

The new coach’s experience should be appreciated by his players.

Smarelli emigrated to America from Italy when he was 8 years old, and grew up in Connecticut. He started caddying almost as soon as he arrived, and he played golf on his high school team. Smarelli attended the Connecticut School of Electronics, and held a variety of positions in industry before moving to the area and marrying his wife, Louise.

They opened up Lewes Printing, and he soon began playing more and more golf. His local club memberships shifted from Sussex Pines at first to a stint at Shawnee Country Club. In 1990 or so he joined Kings Creek Country Club, where he remains an avid member.

“I got to the point where I was playing three to four times per week, and my handicap started dropping down. I’m a 7 right now,” he grinned.

The varsity squad is led by senior John Purple, Jr., who finished in third place in last year’s state championship, best among all downstate golfers. The other two returnees are juniors Jason Hastings and Alexander Hatter. The new varsity members are juniors Andrew Parsell and Andrew Schneider, along with sophomores Travis Parker and Stefan Fitzgerald. Mike Eisenhower is assisting Smarelli with his new duties.

The teams’ practices began on March 1. Despite the winter weather’s effects on playing golf, Smarelli is already impressed by what he’s seen during the run-up to their first match on March 22 against Caesar Rodney.

“They all have a good attitude. The team is jelling well already,” Smarelli said.

He also felt that the fact that the Henlopen Conference competes at stroke play should help his players heed his basic advice. “The only thing that counts is how you do, not how the guy you’re playing with is doing. I told them to play the best you can while playing your own game, and you’ll do fine.”

It was nice of the Champions Tour to take a break last week, for Pete’s sake.

It gave Pete Oakley a chance to travel to the Caribbean for the inaugural tournament of the European Senior Tour, the DGM Barbados Open, held March 2-4 at the Royal Westmoreland Golf Course.

The Rookery’s Director of Golf drew upon his few weeks of PGA Tour experience and finished tied for 10th place with an even-par 216 performance, worth just over 4264 Euros (about $5,590 US dollars). His brother David also competed, finishing 40th. “That was his first event of the year,” Oakley explained.

“I played pretty well the first two rounds,” Oakley said, with a 3-under total going into the final day. He admitted slipping up on several holes, but birdied three of the last five holes to finish 3-over 75. “It was gratifying to finish strong,” he said.

Oakley was also impressed by the golf course, designed by Robert Trent Jones Jr. “It was beautiful, but it was also tough.”

This week Oakley returns to the Champions Tour for its SBC Classic, held March 11-13 at Valencia Country Club in Santa Clarita, California.