I’ve been just as good this year as I have for the last several, and so I appreciate the fact that I may deserve some consideration for some nice golf gifts this Christmas.

However, I’m not at all sure I deserve some of the golf gifts that are out there this year.

For example, when it comes to golf fashion, I usually subscribe to the rule announced by Billy Crystal’s Fernando character from Saturday Night Live: “If you cannot be good, you can at least look good.” 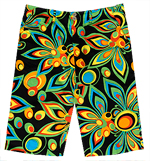 With that in mind, please don’t give me any of those shorts from Loudmouth Golf.

The folks selling these wild and crazy designs are clearly operating in some kind of post-ironic design theme, but their post-irony is lost on me.

That’s why I don’t think I’d want a pair of their Shagadelic Black shorts, for example, even at the remarkable price of only $70 apiece.

You also know that I’m a big fan of eating right, so I don’t usually have any interest in dietary supplements.

That’s why I’m not interested in being given any of the Sport Specific Performance golf pills.

They offer two kinds, Golf Focus and Golf Strength, and the pills include such fun ingredients as Gingko Biloba and Omega-3 fish oil (yum!).

It’s just that at $24.95 per bottle for a 30-day supply, I think I can do better by simply eating the right foods and keeping up with my exercise program.

The folks at The Golf Collection suggest, apparently in all seriousness, that I should be enthralled by their four-piece Golfing Couples Spreader Gift Set.

These little cheese, dip, or jelly spreaders feature two sets of golfing couples, in Victorian garb, and at only $12.95 the set is called “too cute for words.”

I can think of some other words, however.

If it’s all the same to you, I’d also like to make sure no one gives me a Jackass Headcover, which is also on sale at the Golf Collection for $21.97.

According to the ad copy, this headcover makes “authentic donkey sounds” when you press a button on the Jackass’s ear.

What a laugh riot, especially when someone else is trying to make a putt.

The fact is, more than enough people already think I’m too much like this particular animal already.

I don’t need to have others come to the same conclusion this easily—even without the sound effects.

I would also appreciate it if you refrained from giving me one of those Un-Putt-a-Ball gag gifts, which are on sale for $4.97 at The Golf Collection.

I know these balls will jump and baulk and skid and gyrate, just like it says on the box.

The thing is, I can do all that with a regular golf ball.

Thanks again for your thoughtfulness this year, Santa, and say hi to the elves and Mrs. Santa for me.

Pete Oakley recently put together some of his best golf for 2009, and just in time, too.

The Rookery’s Director of Golf used up his exempt status for the European Senior Tour this year, and finished in 51st place on the Order of Merit, eleven spots out from being fully exempt for 2010. To earn full playing privileges for next year, he needed a strong performance in the Qualifying School Final tournament, held November 16-19 at Vale Da Pinta’s Pistana Golf Resort in Portugal.

Oakley finished in a tie for seventh place, with a five-under par 276 aggregate score for the four-day event. His low score easily earned Oakley his card. He also saved his best round for last, with a fine 67 that tied a few others for best of the day. In addition, Oakley earned 1,346.50 Euros for his effort.