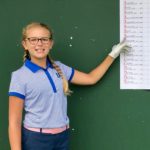 Congratulations to Sawyer Brockstedt for her performance in the 2108 U.S. Kids World Championship, held Aug. 2-4 on the famous Pinehurst No. 3 course in North Carolina. It was her biggest tournament thus far.

Competing in the Girls 11-year-old group, Brockstedt shot 3-over par total for a twelfth-place finish in the 36-hole tournament, featuring over 155 junior golfers from all over the world.

For more information or to register, go to thefirstteedelaware.org or call 302-384-8759.

Mulligans Pointe in Georgetown held its first-ever Member-Guest tournament July 28-29. Five flights of golfers competed, with flight winners advancing to a shoot-out for the overall championship.

Lanham and Zorb won the shootout for the overall championship.

The Mulligans Pointe Ladies 18-Hole group played a Lean on Par game Aug. 7. This format drops the players’ highest four scores back down to par.