The coronavirus outbreak in China shows no obvious signs of abatement in that country, and a few isolated cases have already been reported within the United States. The Federal government’s Centers for Disease Control and Prevention are closely monitoring the situation.

There have been several such pandemics in the past, notably the SARS outbreak in 2003 and the Spanish Flu of a century ago. As in those circumstances, millions of lives are potentially at stake. The disruptions from these viruses can be long lasting even after its victims recover.

For example, the world economy’s reliance on lower-cost Chinese manufacturing is already showing signs of impact from the outbreak. Golf companies are not immune.

One golf equipment company staffer I contacted said they are currently a month behind schedule, primarily because the travel ban imposed within China after the virus outbreak blocked factory workers from returning to work after the Chinese New Year.

Factories that have re-opened remain short-staffed because of the pandemic. They expect it will be several weeks before the factories can return to normal.sars

A high-ranking executive of a golf apparel company told me their Chinese factories were not yet affected, but they are taking no chances. They have backup plans in place in case the situation worsens.

For the U.S. and other major economic powers, the coronavirus pandemic’s current and projected impacts heighten the need to reassess the benefits and burdens of some elements of world trade, perhaps with a view toward restoring domestic capacity as an alternative. Golf businesses may be a part of that potential reset.

The WHS went into effect Jan. 1, and replaced the prior handicap systems run by the USGA, the R&A, and dozens of golf associations throughout the world.

The seminar offers a “comprehensive review” of not only the WHS, but also how the new system will work for golfers posting scores at Delaware courses this coming season. It runs from 2:00 p.m. to 5:00 p.m. Senior staffers from the USGA are making the presentations.

The $20 registration fee covers both the educational materials and light refreshments. To register, go to DSGA.org.

Jeremy Galbreth is the director of golf for Mizuno USA, the multi-sport company whose products are seen on athletic fields throughout the Cape Region. 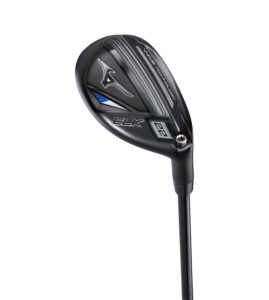 He and several other Mizuno staffers were bundled up against the cold during this year’s PGA Merchandise Show Demo Day Jan. 21. As soon as we met that morning, we found a convenient Mizuno club display case to shelter ourselves from the wind.

Galbreth started by discussing the Mizuno hybrids, specifically the 2020 edition of the CLK design. Galbreth said the clubs use a new maraging steel face called MAS1C, permitting a thinner design for more responsiveness. The Wave Sole just behind the face is now a full channel across the entire club, helping to promote higher flights.

He also said prior CLK models were “a little hot” coming in and were therefore less useful for approach shots to the green. The new models generate higher flights and steeper angles of descent, by moving some weight lower and toward the rear of the club head.

Loft options for the CLK range begin at 16, 19, 22, and 25 degrees, all with adjustable options of 2 degrees up or down. The shaft’s lie angle is also adjustable. Depending on player preference, therefore, the CLKs could be a good fairway wood replacement for those who struggle with those clubs.

We moved to another display case/windshield to talk about the new ST200 driver series. These also feature a new titanium face, which Galbreth said was “exclusive to Mizuno.” The G model, which included tracks for shifting weights on the sole in the ST190 version, extended the track further to the rear. “It’s a real spin killer,” Galbreth said.

He also said this is first time that Mizuno came out with a coordinated “global club launch” of its offerings. In addition, lofts for the ST200, ST200G, and ST200X are all adjustable within a 4-degree range, along with upright and flatter settings for shaft lie angles.

The X model is suggested for golfers who struggle with too much fade or launching too low.

Later in the Show I checked out the new Mizuno golf balls, called RB566 and RB566V. 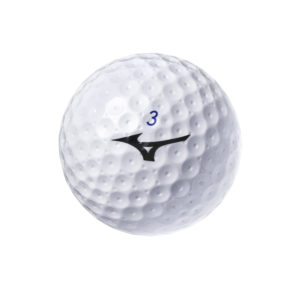 Both feature micro-dimples in addition to the typically sized circular depressions that usually provide lift during flight. According to Mizuno, the micro dimples activate when the ball begins to slow down, creating additional lift to maintain flight for a longer period.

The two-piece ionomer cover 566 model is targeted at slow to moderate speed swingers, while the three-piece ionomer 566V model has a broader potential appeal. The RB566 retails for $21.99, with RB566Vs selling for $29.99.