Rick McCall, Jr., the coach of the Delaware State University Hornet women’s golf team, is happy with how his recruitment efforts paid off for the next season. 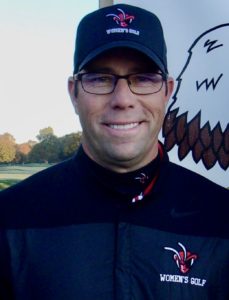 “It was excellent – beyond my wildest dreams,” he said in a recent interview. “I’m not sure exactly how I did it, but I know there was some luck and timing involved. I’ll have to make sure I keep my notes.”

McCall broke a DSU record for creating the largest roster ever for the University’s NCAA Division I golf team, whose 2019-2020 season ended abruptly with all other college sports due to the virus pandemic. Eleven young women are preparing for next season, including five incoming freshmen.

“All seven of the likely starters can break 80,” McCall said. “I expect six of them to go below 78 in the tournaments.”

With playing competitions out of the picture right now, however, McCall is focusing on team building. “We’re doing lots of online chats,” he said. “The team building exercises we’re doing are great. They’re a powerful tool, especially for the players who are just starting college. Not many college freshmen can come on campus the first day and know ten other students who know them already. They’ll have ten friends to ally with as they begin school, because the team’s support system is in place already.”

The video chats typically last one hour or so, and McCall normally leads the discussion. For example, he had each player identify herself and highlight one unique thing about themselves, and not limited to golf. “Sometimes the topics can be a bit corny, but it works.”

“These get-togethers will help get out in the open any problems or complaints so they can be addressed,” McCall said.

As with every other college coach in America, McCall remains uncertain about when and how the next season will unfold as the country continues its return to normal operations. Nonetheless, he’s doing what he can to make sure his team will be ready to play whenever the next season officially opens.

Judging from what could be seen at area courses in the last week, the return of motorized golf carts was a welcome first step toward recovering from the pandemic’s impacts on Cape Region recreation.

Baywood Greens head golf pro Anthony Hollerbeck said simply, “We are excited to have carts back.”

Mulligan’s Pointe in Georgetown had not only cut the carts but also limited play to members only. Those restrictions are now lifted, with fully public play restored. As with all other Delaware courses, cart use remains a single player option, with limited availability accordingly.

From personal observation during a few rounds at The Rookery South, it appeared that its carts were in heavy use.

Nonetheless, it’s really odd to see four carts parked by a single green while four golfers are putting. I have seen at least online advertisement for a plastic screen divider for golf carts, offered as a way to restore two-person use as the pandemic subsides – but that’s not a legal option yet in Delaware.

As more golfers resume playing this spring, their ability to learn more about their game has also expanded. 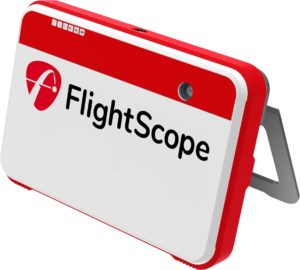 This year FlightScope announced an upgrade to the base Mevo with its new item Mevo+ device. At the 2020 PGA Merchandise Show I learned about the Mevo+ and its features from Tyler Burnettt, a FlightScope marketing manager.

The device records both the radar data as well as video clips of each shot, noting 16 different data parameters such as angle of attack, launch angle, and spin axis, as well as more fundamental information such as club head speed and carry distance.

Used in combination with the FlightScope golf app, golfers can highlight areas of interest. A red/green overlay on the shot data report provides immediate visual confirmation whether the shot met the golfer’s own defined performance goals. A trajectory view element can also be customized. 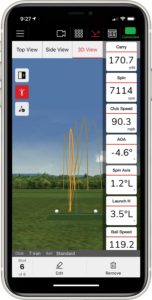 Mevo+ includes simulated play space, with 5 golf courses, 17 practice range looks, and a dart-like mini game. Golfers can also test themselves with skill combines for different clubs, such as wedge practice. Data can be shared for competition with similarly equipped friends and family.

The new model is not cheap, retailing for $1,999. When compared to the five-figure cost of a fully equipped launch monitor, however, some golfers may consider the Mevo+ a bargain for the information it can provide.