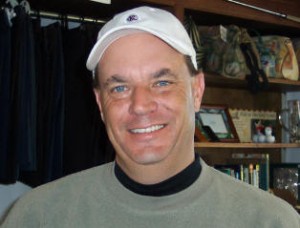 At a relatively early age, John Wallett figured out that if you’re not well suited for a particular sport, you should try something else. Thanks to that insight, he now has a 20-year history as a PGA golf professional to show for it.

Wallett, 48, grew up in modest circumstances in Bel Air, Maryland. As a 14-year-old self-described “sports nut” he was convinced that baseball was his true calling.

However, his inability to hit a curve ball led him to decide to see what else was out there.

Just as he came to that realization, a nearby working man’s country club called Winter’s Run posted a sign looking for someone to pick up range balls.

“That was it. I started working there, and fell in love with the game. In the summers my dad would drop me off at 7 a.m., and my mom would pick me up at 7 p.m.,” Wallett said recently. “I started off at the range, and eventually began doing other things, like selling shirts and balls, washing the carts, and even dragging greens and cutting cups. Then I’d hit balls all afternoon, and play with the members. They were great about letting us play there with them, until I won the club championship. After that they changed the rules,” he laughed.

While there, Wallett also played for his high school’s golf team, qualifying for the state tournament twice as an individual. His scholastic golf also exposed him to golf’s uglier side, when one of his best friends, a black teammate, played with him at Maryland Golf & Country Club during a match. “After that, the club wouldn’t allow the high school to play there,” Wallett said.

He then attended Ferris State in Michigan, as one of the first enrollees in the college’s professional golf management programs. “There’s a really short season up there for golf, though. You actually finished with a marketing degree,” Wallett explained.

Wallett didn’t finish, however, thanks in part to less-than-ideal grades and family financial pressures. Nonetheless, the Ferris program set him up with internships at country clubs, one of which was at Wilmington Country Club with PGA pro Dickie Wilson. Wilson moved to nearby Bidermann CC, and Wallett joined him for his first job as an assistant pro in 1979.

He worked there until 1986, when he interviewed with Rehoboth Beach Country Club’s head pro Ron Barrows. Shortly after accepting the Rehoboth job, Wallett earned his PGA card.

“I worked for Ron for several years, and then took a job as the head golf pro at Kings Creek Country Club, where I worked from 1990 to 1994. It just didn’t work out,” he said.

For the next year, he helped his wife Joann at her new restaurant, Tijuana Taxi, the popular Mexican eatery on Rehoboth Avenue. In 1995, Barrows asked Wallett if he would consider working again at the club on a part-time basis. Wallett agreed, and by 1998 he was back to full time duties at RBCC.

By then, Wallett was also a daddy. He and his wife traveled to China and adopted twin girls, Geri and Savannah. “It was a long tedious process, but it was obviously well worth it,” Wallett said.

Despite a few bumps along the way, Wallett is settled into his Cape Region surroundings.

“I’m happy here. Joann has a successful business, and the kids are great. Ronnie and Jo Jo [Ron’s wife] have been so good to me. I found my niche here, and the members are great. It’s a good life.”

He especially enjoys teaching the members, and has also run several junior golf programs, including the popular Rehoboth Beach Junior Open. “You learn a lot about tournament management with 80 to 100 juniors running around,” he grinned.

Wallett summed up his feelings about his career in Cape Region golf in simple terms. “I never wanted to work for a living, and I’ve been lucky so far.