2016 marked the first season for the PGA Junior League in the Cape Region, and several clubs were pleased at their juniors’ participation.

The League is designed to take elements of baseball’s Little League and combine them with learning how to play and compete in golf. It is open to boys and girls ages 13 and under.

As with other league sports, the golfers wear numbered jerseys, and play in team competitions against other teams in the area. Four matches are set up for each event, with each match using 2 or 3 juniors playing in a scramble format for their team scores.

The scramble format is not only fun, but also encourages beginners to contribute to the effort, while also acclimating them to tournament golf.

The Rehoboth Beach Country Club Blue Eagles won their first-ever competitive match against The Peninsula, scoring 8.5 out of 12 potential points.

They traveled to Hooper’s Landing in Seaford for their second match, winning 9.5 to 2.5. The Blue Eagles’ only loss came at the final match of the season, against Wild Quail Golf & Country Club. 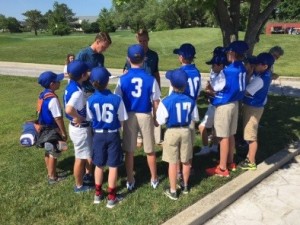 The RBCC Blue Eagles huddle up before a match.

The Kings Creek PGA League team consisted of 14 juniors ranging in age from 8 to 13. They finished the season with a 3-1 record, including victories over Hoopers Landing, The Peninsula, and Wild Quail.

Team highlights for the season included an eagle by Sophie Aird from 80 yards, on the 6th hole at Kings Creek; a scramble score of 2-under set by Sawyer Brockstedt and Griffin Gaughan in a 9-hole match against RBCC; and Kingston Davis showing his stuff by hitting balls and playing with a cast on one arm. 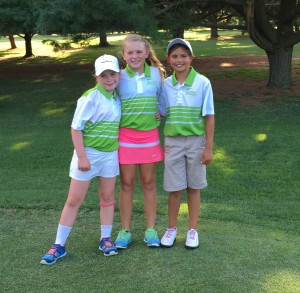 The Tournament is the primary money-raising vehicle for the Stephen R. Lett Scholarship Fund, Inc., which awards college scholarships. This was the 8th year of the tournament, and marked the first time that the Fund made two $10,000, four-year total awards.

Closest to the hole honors were earned by Drew Romans on the fifth hole (17”), and Samantha Purple on the 8th hole (11’4”). Stan Zabytko also won a closest to the pin contest on the 11th hole, at 5’5”, while Dorrie Spilman won the Putting Contest.

As noted in a prior column, Sarah Koon and Nathaniel Vincent are this year’s scholarship fund recipients, with each receiving $2,500 per year for four years. Koon will attend the University of Delaware and Vincent will attend Harvard.

Last week I traveled to the Rolling Green Golf Club in Springfield, PA to cover the 116th U.S. Women’s Amateur Championship. This is the third oldest competition held by the United States Golf Association, and this year’s event made history.

In upcoming columns, I will discuss some of what I observed and learned about while there. There’s so much more to these major tournaments than the simple story of who won. That’s especially so when you consider that nine rounds of golf are required to complete the championship.