The United States Open is usually among the most exciting golf tournaments of the year. 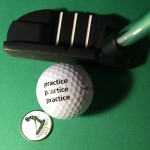 Sometimes it’s a bit too exciting for the United States Golf Association officials overseeing the competition.

In 2016, that happened with Dustin Johnson’s unfortunate (though ultimately irrelevant) encounter with USGA rules officials during the final round, when he was told before the day ended that there would be a ruling about his ball’s movement on the fifth hole. He was eventually penalized a stroke, despite arguing that he hadn’t caused his ball to move.

The incident frankly marred an otherwise great 2016 U.S. Open. The USGA later admitted that it handled the matter badly, and pledged to address the problems that its staff had with the new Rule 18.

One ironic element to this controversy was that Rule 18 had already been amended to attempt to soften the harsh effects of the prior version, proving once again that no good deed goes unpunished. As reported by Jaime Diaz in Golf Digest Magazine, in years past Jack Nicklaus famously held off addressing the ball until just before putting, to avoid running afoul of the Rule’s penalty for “moving” the ball on the green.

Considering Oakmont’s fast, sloping greens and the wind, it’s a bit surprising there weren’t more ball movement issues. Earlier in the final round, Romain Wattel of France called in an official when his ball moved several seconds after grounding his putter. However, the official decided Wattel hadn’t caused the move, and the Frenchman played on without penalty.

The four-year cycle between general Rules revisions won’t be coming around for a while yet, so the USGA and R&A did the next best thing.

In early December, the two organizations announced the creation of a new Local Rule, offered for adoption, which eliminates the penalty when a ball is accidentally moved on the putting green.

Committees in charge of golf competitions may adopt the new Local Rule effective Jan. 1, 2017. The USGA and R&A adopted it for their matches, qualifying events, and championships. All major professional tours, such as the PGA Tour and LPGA, have also adopted the Local Rule for their upcoming events.

“Eliminating this penalty responds to the concerns we have heard from both golfers and committees about the difficulties in applying the current Rules when a player accidentally causes a ball to move on the putting green.

This change is a good example of the type of Rules modernization changes we hope to implement after completing our fundamental review of all of the Rules. We are looking for ways to improve the Rules by making them easier to understand and apply.”

“For the past several years, as part of The R&A and USGA’s Rules Modernization initiative, we have considered the penalty for a ball that is accidentally moved on the putting green. Both Rules Committees agreed that it needed to be changed and decided that in this particular case it was important to act now, through a Local Rule, rather than wait for the next overall set of revisions to the Rules of Golf.”

Here is the recommended wording for the Local Rule:

When a player’s ball lies on the putting green, there is no penalty if the ball or ball-marker is accidentally moved by the player, his partner, his opponent, or any of their caddies or equipment.

This Local Rule applies only when the player’s ball or ball-marker lies on the putting green and any movement is accidental.

Note: If it is determined that a player’s ball on the putting green was moved as a result of wind, water or some other natural cause such as the effects of gravity, the ball must be played as it lies from its new location. A ball-marker moved in such circumstances is replaced.”

The USGA’s website includes a handy Infographic showing how the Local Rule should work, and also where it doesn’t apply.

For example, if a player accidentally moves the ball when preparing to make a stroke, there’s no penalty, and the ball must be replaced to its original spot.

The same response applies to any other accidental kick, touch, or movement of the ball.

The Local Rule does not apply when a golfer intentionally moves or lifts his ball without first marking its location, or accidentally moves the ball when it lies in the fairway, rough, or in a bunker. In these cases, a one-stroke penalty applies, and the ball must be returned to its location before that move.

If the wind or gravity’s effects move the ball without any action by the player, the ball is not moved back. It’s played where it now lies, just as before.

The USGA and R&A should be commended for this response to the uproar about the 2016 U.S. Open. The change is in line with a general trend to soften the hard edges of the Rules of Golf, which are sometimes thought to be among the reasons why folks either quit the game or never take it up in the first place.

The Delaware State Golf Association recently announced that it was adopting the Local Rule for all of its 2017 events.

If they haven’t already, Cape Region golf clubs should also adopt the new Local Rule to cover their upcoming competitions when the season resumes, including the high school matches that begin in late March.