Lou Sturgis makes a hole-in-one, after only 66 years of playing golf

Dean Sturgis is very proud of her husband Lou. 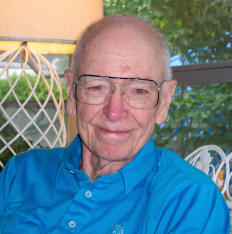 J. Louis Sturgis made a hole-in-one on the third hole at Rehoboth Beach Country Club

On June 23, the 88-year old Rehoboth Beach resident made his very first hole-in-one, and his wife was there to see it happen–and it only took a bit more than 66 years after his very first round.

The long-time members of Rehoboth Beach Country Club recently discussed this memorable occasion while sitting in the comfortable porch of their cottage.

“There were a lot of firsts that day,” Lou said. “June 23rd was our first time out this season. We’d both been having some physical troubles. It was the first time we used a cart that had a flag on it [medical exemption from cart-path only rules]. It was the first time I ever played from the green tees. And the hole in one on the third hole was my first,” he grinned.

They began play at about 9 a.m., and the weather was sunny and calm. The green tee on Rehoboth’s third hole was set at about 120 yards out, with the hole set in the middle segment of the large green. A pond runs along the left side of the green. Lou took his usual precautions.

“I pulled an old ball out of my bag because of the pond. It was a Titleist, with a Citizens National Bank logo on it. I used my 7-wood.”

Unfortunately, Lou’s vision is not what it used to be. “I never know where it’s going now,” he said. This time, however, he had help. “I saw it going between the green and the sand trap on the right side. My witness says it hit the rough, bounced to the left, and rolled across the green to the hole. Dean said, ‘I think it’s in’, and I said ‘Oh, I don’t think so,’” Lou continued.

Dean then said, “We went up to the hole. I said, ‘Come look,’ and pointed down, and there it was. It was a fun day!” she exclaimed.

At that, Lou turned toward her and said slowly with a grin, “Dean, you’ve been telling everybody about it.” Dean drew up her tiny frame and said, “But I think it’s something to be proud of, and I am. Jeepers!,” she smiled.

Lou began playing golf in the late 1930s, after graduating from high school and the old Beacom Business School in Wilmington. At the time he worked at the Worth Steel plant in Claymont (now Citisteel), and lived in a rooming house in Wilmington, not far from the Rock Manor Golf Course.

“I played Rock Manor when I was just starting out,” Lou said. “And I wasn’t very good. Right now I’m playing about as badly as I did those first few times.”

Dean also played golf before the couple married in 1939. After stepping away from the game while she raised their children, Dean returned to golf, and is now an active member of the Nine-Holers at Rehoboth CC.

After World War II, Lou finished his degree at the Wharton School at Penn. He and Dean also joined the Kennett Square Country Club in southeastern Pennsylvania as well as several clubs in Venezuela and the Philippines, where his career in the steel industry took him and his family.

The Sturgises joined Rehoboth Beach CC in 1967. Dean and the children summered here, while Lou would return from overseas each summer for a single extended vacation. “I paid $200 a year in dues to play 30 days out of the 36 I had,” Lou said.

In 1973, Lou retired as vice-president of the Koppers Company. The couple then made Rehoboth their permanent residence.

They remain active and are proud of their children and grandchildren, one of whom also had a hole in one.

The Sturgises are also openly affectionate toward each other, which may be among the secrets to a marriage lasting well over sixty years.

Lou’s hole-in-one simply added a nice little exclamation point to the sport they both love.