Christina Wagamon came to the last hole on the last day of her college golf career in late May, feeling a bit nervous. 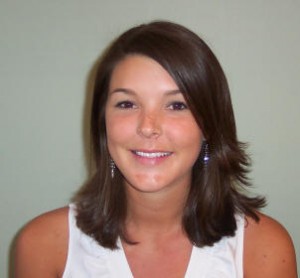 Christina Wagamon recently completed a four-year stint on the Catawba College women’s golf team. The Cape Henlopen High graduate had also been a Viking golfer for the previous four years.

The 2002 Cape Henlopen High School graduate had spent the last four years playing on the Catawba College women’s golf team, usually as the number 2 or 3 player for the Indians.

Now, all those fond memories were coming to an end at the South Atlantic Conference Championships, where her team had a chance to repeat their 2005 victory over several other Division II schools.

The 18th hole was a par three, set up at 145 yards. Wagamon’s tee shot landed pin high but far right, in the fringe about 70 feet away.

Here’s how she described what happened next: “For some reason I saw the line and decided to putt it. As soon as I hit it I knew it was in! The putt dropped and my teammates celebrated for me! It was pretty awesome finishing on such a good note!”

Wagamon also decided that the golf gods were smiling down on her that day. The birdie helped the Indians clinch their second consecutive conference championship.

The team showed their own sense of spirit that day by wearing their pink hats and shirts for that final round, something Wagamon and another player came up with during the prior season. It became the Indians’ signature fashion statement for every final round in Wagamon’s senior year, especially when they tended to win every match in which they wore the not-exactly school color outfits.

In a recent interview, Wagamon discussed her college golf career, in addition to her fine finish.

Her first college tournament, held a few weeks after she began her first semester at Catawba, was equally memorable, but not in a good way. “I was really, really nervous, and I took a 12 on the first hole. I told Coach Gealy I wanted to stop right there, but he kept me going. He told me I could only improve from there, and of course he was right. He also teased me about it for the rest of my four years,” Wagamon laughed.

Wagamon said the biggest difference between college golf and her varsity years at Cape Henlopen was simply being on a girls’ team. “People couldn’t believe that I played on a boys’ team. Most of the others were on girls’ teams in high school. My teammate from Maine was in the same boat.”

“The friendships I made was absolutely the best part of playing college golf. My teammates are all my best friends. I loved the travel, and meeting so many great girls from all over, like Ireland and Canada,” Wagamon said.

Wagamon is back working in the Cape Region for now, but intends to attend the Art Institute in Charlotte to continue her education.

So many young golfers want to compete in the USGA’s Junior Amateur national championship that there are several qualifying regional events leading up to the finals.

On June 27, several dozen juniors from the Philadelphia and Delaware region came to Shawnee Country Club in Milford for the local USGA tournament, a 36-hole one-day grind.

Michael Soowal of Blue Bell, Pennsylvania and Kevin Huntington of West Chester, Pennsylvania tied for first place at 141, only one over par. Their victory enables them to play in the national finals, to be held at Rancho Santa Fe Golf Club, in Rancho Santa Fe, California, from July 17-22.

Bill Barrow, of the Delaware State Golf Association, explained that the DSGA splits the hosting duties for the annual qualifying tournament with the Golf Association of Philadelphia. “Two years ago we had it at Wild Quail [in Wyoming],” Barrow said. “We were very pleased that Shawnee agreed to host it this year. [Course superintendent] Steve Zeveney and his crew did a great job in getting the course ready to play, especially since they had two inches of rain the night before.”