Golf was a hugely successful addition to the 2016 Summer Olympics sporting events. The 2020 Olympics, to be held in golf-mad Japan, could be even bigger.

This year’s competition used the traditional four-day 72-hole stroke play arrangement. If it’s possible, I’d like to see a 36-hole two-person mixed team event added to the Olympics next time. I suggest a Chapman System competition, as used in the old J.C. Penney mixed LPGA/PGA tournament.

In the Chapman format, both golfers hit drives, and each plays the other ball for the second shots. The best second shot is chosen, and the partners play alternate shot into the hole.

This could work if it was held before the stroke play event, giving both men and women a chance to experience the course before the four-day stroke-play events.

This year’s Olympics showed that many countries could field a mixed team of high quality and real medal-winning potential.

The Rookery held its Club Championship Aug. 20-21, with the opening round on the South Course and the final round on the North Course.

Linda Kaufman won the Ladies Championship in a three-way playoff. “It was a great match,” she said. Lisa Hutchins and Ann Reed tied for second in the tightly fought contest. 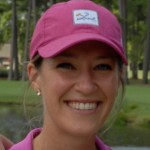 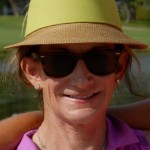 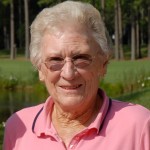 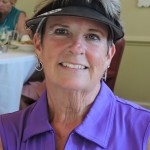 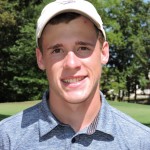 Nate Haney retained his title for the third year in a row. The club championships took place over two days.

This year’s edition of the Kings Creek Men’s Invitation Tournament featured 120 players in pleasant conditions June 17-18. Five nine-hole matches within flights were used to determine which two-man teams would be in the playoff among the flight winners. A new wrinkle this year kept interest up by also including in the playoff the top-scoring teams that weren’t flight winners.

The playoff used the challenging alternate shot format on holes 1, 18, and a par-3 version of the ninth. Brian Ward and Cape Henlopen High assistant golf coach Sean Toner won in sudden death after the playoff, over Jim Doane and Jack Feeney.

The flight winners were as follows:

Former Cape Henlopen High golf team standout John Purple, Jr. also made an ace on the 8th hole during the June 16 practice round.

Rookery South is bringing back its annual NFL Opening Night Scramble, held this year on Thursday, Sept. 8. The two-person event has a shotgun start at 2:00 p.m., with dinner after the round and, of course, the televised start of the 2016 NFL season.

The entry fee of $60 per player ($45 for Rookery members) includes greens fee and cart, net and gross prizes, dinner after the round, and drink specials.