Come to the party

Tonight’s the night for my first book signing at Browseabout Books on Rehoboth Avenue, between 5 and 7 p.m.

“Hole By Hole: Golf Stories from Delaware’s Cape Region and Beyond” highlights the local courses and personalities that contribute to this vibrant community.

I would love to celebrate golf in the Cape Region together with as many readers of this column as this fine bookstore can hold.

Naturally, the book makes for a fine Father’s Day gift, but that’s not all it can be. It’s also a great gift for your golfing buddies, or a fun treat just for yourself.

Thank you for your support!

A new convert to WaWa

LPGA golfer Marijo Uribe is a past U.S. Women’s Amateur winner who represented her native Columbia in the 2016 Olympics and is unafraid to take risks.

In the final round of the 2017 ShopRite LPGA Classic presented by Acer, she boldly hit driver off the deck from 234 yards out for her second shot on the par-5 18th hole. The ball rolled to a stop 7 feet above the hole, leading to a two-putt birdie. I watched her hit that shot and she was obviously excited to see it work.

During a practice range session at the 2018 ShopRite, I saw Uribe almost as excited as she extolled the virtues of WaWa’s made-to-order offerings to her amused caddie. “It’s really good food,” she insisted. “They have bowls and salads and all kinds of sandwiches. You should go there.” 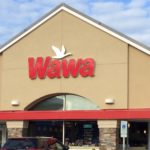 I caught up to Uribe a while later at the putting green, shortly before she was to join her pro-am group for the afternoon. When I said I heard she was now a big fan of WaWa, she laughed heartily. Uribe then told me how she became so enamored of the popular convenience store’s food offerings.

“I’m staying with [LPGA golfers] Tiffany [Joh] and Marina [Alex] this week, and Tiffany told me about it. We stopped by on our way back from the pro-am reception last night at the Bellagio. There are so many choices. There must be at least 50 salad dressings. I can’t eat donuts, but I did have the Mac and Cheese.”

I said, “So you did do your carbo-loading, then?” and she grinned again. “Oh, yeah, definitely. Hopefully we’ll be doing a lot more WaWa soon.”

Later in the week I caught up to Joh. She laughed out loud when I told her about Uribe, and confirmed what Uribe said about their night at the WaWa.

Considering Uribe’s enthusiastic reaction and the fact that the WaWa sells 100% Colombian coffee, I think this could be the start of a great sponsorship relationship.

The Kings Creek Ladies 9-hole group played a team Cha Cha game June 6. In this format, one net score counts on odd-numbered holes and two net scores are used on the even-numbered holes.

Sandy Neverett won closest to the pin on the seventeenth hole.