Congratulations to DuPont Country Club of Wilmington, DE for its selection as one of 109 Local Qualifying Sites for the 2020 U.S. Open, to be held at Winged Foot in New York June 18-21.

It has been a long while since any Delaware golf course has been so honored. The selection is a nice tribute to all the work DuPont CC’s new owners put into their property to restore it to its formerly high status.

The USGA expects about 10,000 golfers, either professionals or amateurs with a handicap index not exceeding 1.4, to attempt to be among the 156-player contingent at Winged Foot.

No one needs to look like the Michelin Man while playing golf in cold weather.

Improvements in technical fabric design make it possible to use very thin garments that provide great warmth and protection, while preserving freedom of movement.

At the 2020 PGA Merchandise Show in January I met Doug Zirbel, the US representative for ZeroFit. He provided an enthusiastic overview of the underlay garments that show such promise. 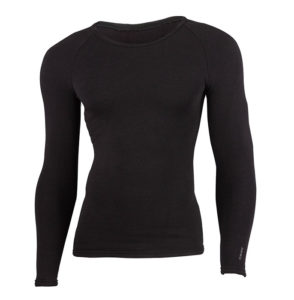 It also provides what Zirbel calls “frictional heating.” Fine, longer fibers interact with your skin during movement, generating heat that stays in place. It feels a bit spooky at first, but it works.

The total fabric remains thin, however, and it moves easily.

We looked at a few ZeroFit options, starting with the Heat Rub Move top ($70 SRP). In my opinion, this mock-turtleneck design could handle most active-wear needs. The Ultimate Crew Neck version ($80 SRP) looks especially promising for golf, where most top layers are already collared.

For those who like hoodies, check out the Heat Rub Move Hoodie, at $80 SRP.

Currently the only color choices are black and charcoal, with white options scheduled to be available later this year. These are underlay garments, after all, so the bright colors stay on the outside.

Zirbel said ZeroFit products will be increasingly available in green grass pro shops, but can also be bought online at ZeroFitusa.com.

At Demo Day of the 2020 PGA Merchandise Show I met Jon Pergande, a Manager of Golf Innovation in the golf division of Wilson Sporting Goods. The pleasant Midwesterner has an engineering background and has been with the company for 25 years.

We first discussed Wilson’s new Launch Pad Driver in the Super Game Improvement category. Pergande said it should appeal to golfers with average swing speeds or “players with problems” off the tee. 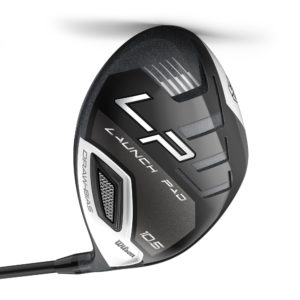 The lightweight design placed weight back behind the heel, an industry-recognized fix for creating draw bias and fighting a slice. The titanium variable face depth should also keep up speed while ameliorating mis-hits. “We baked in a whole lot of left, but in incremental features,” he said.

In addition to the heel bias weight, the engineers increased the offset at the shaft point. “It’s more offset, but it’s subtle,” Pergande said. First shipped January 30, these clubs sell for $299.99.

The steel-faced Launch Pad fairway woods carry forward many of these game improvement elements. They retail for $199.

Pergande switched to the other end of the golfer spectrum to talk about Wilson’s new D7 Forged distance iron, which sells for $999.99 for a graphite-shafted set (4-PW). He said the relatively low profile of the irons helps to keep a low center of gravity.

The clubs also expanded a prior model’s Power Chamber, which are five slots cut from the sole. This year’s edition increased the slot depth and filled the spaces with urethane. Apparently the combination helps creates a nice feel and sound at impact. Pergande suggested the D7 forged clubs should work well for golfers with handicaps of 10 or below.

We then discussed the Staff Model Utility Irons, which could useful for those who struggle with fairway woods or hybrids. Retailing for $229.99, the irons come in three lofts: 18, 21, and 24 degrees. Pergande said Tour players have welcomed these clubs. “You can get distance in controlled fashion. They give a notably elevated launch angle, with a simple, clean look,” he said.

Long irons are not everyone’s cup of tea, of course. Pergande said “Hybrids will still be the solution” for many golfers.

We also discussed the Staff Model Wedge HT. The initials stand for High Toe, and this club’s toe area is significantly higher than traditional designs.

Pergande said that when golfers miss the center of wedges, they tend to hit up and toward the toe, losing distance. The added bulk at that location helps retain ball speed. He also said the addition of more score lines on the entire face should also help. These wedges retail for $129.99.