Cape Region charity golf tournaments in 2020 took a major hit because of the COVID-19 pandemic. Sponsors were hard-pressed for money to spare or auction items to donate, the golf clubs faced significant restrictions on food and beverage operations, and potential participants were understandably more concerned about job prospects than spending a fun afternoon for a good cause.

Thankfully, the easing of pandemic restrictions and the continuing return to normality resurrected hope for Cape Region non-profits that use golf as part of their fundraising efforts. 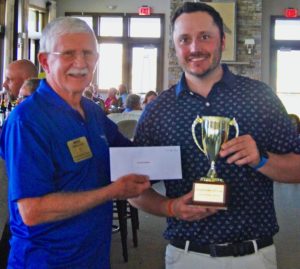 The Long Neck Sunrise Rotary Club held its 12th Annual Charity Golf Tournament June 14 at The Peninsula on the Indian River Bay. The event sold out with 136 golfers and a waiting list.

The tournament is the Rotary’s main fundraiser. Proceeds support local organizations serving youth, veterans, adult literacy, and victims of the opioid epidemic, along with the Rotary’s Global Polio Eradication Initiative. The $28,528.58 raised exceeded the club’s expectations and prior year’s earnings.

In the release about the event, golf committee chair Mike Hall noted, “We were simply overwhelmed by the response we received this year for our tournament. We went into this knowing that many had been financially hurt by the pandemic, and yet so many were able to help us raise the funds we use to support local and Rotary International initiatives. It is truly a testament to how we as a society recognize the need to help those less fortunate, and also shows how anxious folks were to get out and enjoy a day on a beautiful golf course.”

The Rotary meets weekly at 7:30 am on Tuesdays for breakfast at the Ocean Grill II on Long Neck Road. Visitors and prospective members are always welcome.

The Bayhealth Foundation held its 36th annual Charitable Golf Tournament June 28 at Maple Dale Country Club in Dover, raising over $28,000 to support programs and initiatives at Bayhealth hospitals and treatment centers in Kent and Sussex counties.

To make a donation to support Bayhealth visit Bayhealth.org/Foundation or call 302-744-7015.

The Tunnell Companies, Schell Brothers, Silicato Development, and Whiting-Turner were Title Sponsors at $10,000 each.

In the release about the event, Tom Protack, President of Beebe Medical Foundation noted, “Beebe Healthcare is so grateful to the strong and loyal support of the Tunnell Family.  Their generosity over four generations not only helped Beebe build its first cancer center but also expand our programs so Sussex County residents can get cancer care close to home.”

For more information or to make a donation call the Foundation at 302-644-2900 or go to beebemedicalfoundation.org.

The Cape Gazette is happy to help by publicizing these and upcoming Cape Region charity fundraisers in this column. Tournament organizers should contact me at least five to six weeks ahead of the date to give potential players a chance to sign up. 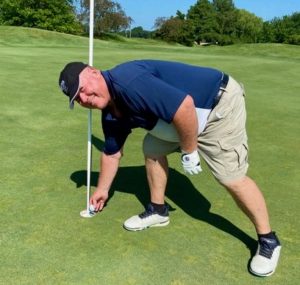 Congratulations to longtime golfer Harry Rush of Millsboro for making his first hole in one June 28 at The Rookery. According to his golfing buddies, the Marine veteran upped his game after undergoing lumber fusion surgery in February. Rush used his pitching wedge on the 115-yard par 3 17th hole.

The Mulligan’s Pointe Ladies 18-hole group played a Fairways & Greens game July 6, with 3 points for drives landing in the fairways and 3 points for each green in regulation.