Thousands of golf courses across the country support the Patriots Golf Day fundraisers during Labor Day Weekend. The Folds of Honor organization, a 501(c)(3) charity, has raised over $24 million dollars since 2007, for college scholarships for spouses and children of fallen and disabled military service members.

At the 2018 PGA Merchandise Show in Orlando, FL I met Sarah Duncan, a regional development officer for Folds of Honor. The 2011 graduate of Auburn University is a direct beneficiary of the scholarship program. “My father was an F15 pilot, and lost his life in a training exercise off the North Carolina coast when I was six years old,” she explained. “We learned about the scholarships while I was in college, and I received my scholarship for my last two years at Auburn.”

Duncan’s younger brother will receive $5,000 scholarships for each year he is at university. Over 16,000 students have benefited from the program.

Much of the money comes from donation boxes at the pro shops during the Labor Day weekend. Duncan said they also tap into the corporate sector, with sponsors such as TopGolf, Top Flite, and Titleist.

For more information or to make your own donation, go to foldsofhonor.org, or contact the organization by mail at 8551 N. 125thEast Ave., Owasso, OK 74055.

Guarinello makes second hole in one

Congratulations to Norman Guarinello of Lewes for his second-ever hole in one, which he made Aug. 15 at Mulligans Pointe Golf Club. He used a 9-wood for the 135-yard ace on the third hole. Guarinello said, “It was a terrible-looking shot but it got in the hole.”

So once again we are reminded that looks aren’t everything.

Maxine Ansbach won the women’s championship, with Linda Townsend in second and Sandra Harrison in third.

I met the folks at K-Motion at the 2018 PGA Merchandise Show in Orlando, FL. Its 3-D motion capture technology and software for the golfing community is called K-Player and K-Coach. 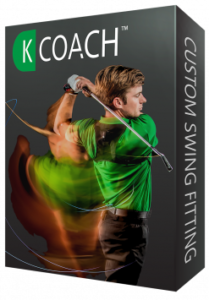 The K-Player package includes a vest, belt, and glove that capture data on seven to eight different elements of the golf swing.  As COO Michael Chu explained, “We collect multiple swing reports and develop an average, so you’re not working off a single swing.”

Chu called it the “Train to Your Best” feature. It measures where and what the golfer is doing at address, at the top of the swing, at impact, and the finish.

The K-Coach element helps the teaching pro assess the K-Player data and develop a teaching program tailored to the student. It does this with “Dinging.” During a teaching session while wearing the equipment, the student hears distinct sounds when a part of the swing is not done properly. The visual cues from the screen images provided with the equipment, combined with the sounds, act as an effective biofeedback loop.

The software helps the coaches develop drills for the students. The teaching can be done on either a direct or a remote basis using the K-Coach system.

Chu said a new feature tracks the golfer’s wrist angle. How, when, and where the wrist flexes and rotates during the swing can make a huge difference.

These devices aren’t cheap. A fully loaded Coach system costs $5,495, and the Player part is another $2,495. The reps said the teaching pros usually purchase a couple of the Player systems for loaning to their pupils.