Pete Widdoes of Landenberg, PA, a frequent competitor in past DSGA tournaments, won the 36-hole event with an even-par total.

The Rookery South golf course is once again holding an NFL Opening Scramble tournament on Thursday, Sept. 6. The two-player teams begin with a shotgun start at 3:00 p.m. The entry fee of $70 per player ($48 for Rookery members) covers the greens fee with cart, net and gross prizes, dinner after the round, and drink specials. 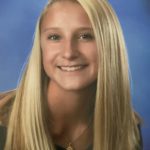 The 2018 graduate was a three-sport athlete at Cape, in lacrosse, basketball, and volleyball. Her 3.9 GPA ranked her 30thin the class of 317. Hoping for a medical career, Jones has interned at the Beebe Hospital Emergency Department. The scholarship awards $2,500 per year for four years.

The Lett Scholarship Fund is now in its tenth year, and honors a longtime president of Kings Creek Country Club. The primary fundraiser is a golf tournament, held this time on July 27 in what turned out to be terrible weather conditions. Multiple stoppages for lightning and driving rain eventually called a halt to the event, with some teams having only completed eight holes.

Nominees for the scholarship can be obtained from members or employees of Kings Creek CC. Potential winners need not be Delawareans or otherwise affiliated with the club. An independent selection committee selects the recipients from those demonstrating leadership, academic discipline, and community awareness.

The Rookery North golf course in Milford will once again host the Andrew Geyer Memorial Scholarship Tournament, this time on Sept. 14.

The event benefits the Andrew Joseph Geyer Endowed Scholarship at Wesley College. Geyer was a former standout golfer for Milford High School and Wesley. He was a victim of a drunk driver in West Virginia. His untimely death hit hard with Cape Region golfers who had played with or against him.

The four-person scramble format tournament has a shotgun start at 1:00 p.m. The $100 entry fee covers the range, golf with cart, prizes, and a dinner following the competition.

The Kings Creek CC Ladies 9-Hole group played a Three Blind Mice game Aug. 15. After the round, the pro shop randomly drew three holes whose scores were deleted from the total.