Junior golfers in the Cape Region have enjoyed success in the Drive Chip and Putt competitions for the last several years. The multi-level event concludes with the National Championships held at Augusta National the Sunday before the Masters Tournament.

In 2017 Sarah Lydic of Bear Trap Dunes finished in third place in her age group in the Nationals. She qualified again this year in a local qualifier and then at the Subregional level Aug. 1 at Nemacolin Resort in Pennsylvania.

Sawyer Brockstedt of Kings Creek CC tied for fourth place in the 2018 Nationals, and she and her sister Hudson competed in the lead up to this spring’s finals. 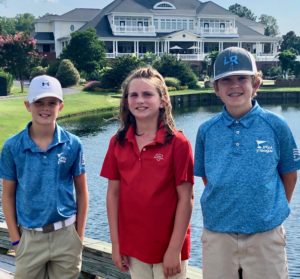 The Baywood Greens Golf Program is creating a pool of junior talent that should also be commended for the skills they displayed at recent Drive Chip and Putt Local Qualifiers.

Ellie Walls qualified for the Subregional round for the Girls 7-9 age group at the July 17 Local Qualifier at Talbot Country Club near Easton, Maryland.

Jake Hollerback also qualified at Talbot in the Boys 10-11 category.

In addition, Hudson Brockstedt earned an alternate spot for the Subregionals during the July 17 local qualifier for 2020 in the Girls 10-11 group at White Clay Creek CC.

Good luck to these young golfers as they attempt to keep the Cape Region in the conversation for next year’s Nationals. 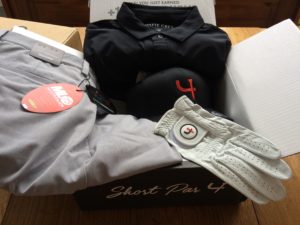 For many years women’s apparel makers have enticed potential long-term customers with boxed set ordering options. Companies such at StitchFix, Box of Style, and Fabletics do a very nice business catering to women who wouldn’t mind a little help with their outfits.

After completing forms that detail size and fashion preferences, the customers receive a box of new clothes on a regular basis, often with reduced price discounts that add to the fun.

In 2014 the folks at Short Par 4 decided this same sales technique could work with young men seeking to establish or maintain a fun, appealing golf wardrobe.

We talked at the 2019 PGA Merchandise Show in Orlando, FL about Short Par 4’s business model, its incredible growth, and some of the challenges he sees for continued success.

Short Par 4 started out with inventory coming from factory close outs. “The problem with that approach is that if you’re not careful you can end up with 7,000 Smalls”, he said.

“We sent out 350,000 boxes last year, and project to send out 500,000 this year,” Frost said. “It’s hugely popular with the younger demographic. It’s like Christmas every month in a box.”

The customers also obtain their new clothes at a good discount from full retail. Frost said they work directly with several different apparel makers. For example, the company’s public relations folks sent me a “media box” that included a black Matte Grey polo from the House of Grey, a pair of Greg Norman shorts, and a hat and glove featuring the distinctive Short Par 4 logo.

For some elements there is a long lead-time. “When you sell as many copies as we do, you have to make sure they will be there when it’s time to send them out,” he said. The success of this new business model also means that some apparel is now being made specifically for Short Par 4.

“Our customers are very brand conscious, so a lot of what we sell are the bigger brands, such as Puma. We use surveys a lot, and also use our social media platform to inform our customers of some of the newer smaller brands,” Frost said.

The company recently signed PGA Tour star Rickie Fowler as a brand ambassador. For the Fowler fans there’s a box option that tracks what he wears on Tour.

This year Short Par 4 is expanding into the women’s market, with the signing of LPGA star and Puma staffer Lexi Thompson to an endorsement deal.

The real challenge is to understand and deal with the customer retention rate. At some point you have enough golf outfits, so holding onto each customer for a decent interval is important, as is the ability to attract new sales as others drop off.

Frost said customers tend to use the subscription service for an average of 9 months. Others will take the occasional month off and then return as desired.

And, of course, new golfers enter the golf apparel marketplace every year. 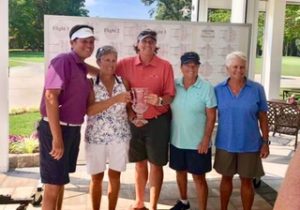